What Does Google’s Link Update Mean for Link Builders?

These will be the first attributes introduced since nofollow which surfaced over 15 years ago now. Naturally, this is a hot topic for Webmasters and link builders. So, what is the update? What’s on a need-to-know basis? And more importantly, how will Google’s link update affect the way you build links to your website?

Google’s Link Update: What You Need to Know

In case you missed this update, the two new link types will help Google to identify how certain links have been acquired.

For example, if you’ve paid for a link (or if you have been paid for a link), Webmasters should now mark that link as sponsored through the link attribute. Using Rel=”sponsored”.

And as for the other link type, if you build links through user-generated content, or if you have a forum on your site where the content is user generated you’ll be expected to mark all relevant links as Rel=”ugc”.

The two existing link types followed and Rel=”nofollow” still exist. And if you want to mark a link as sponsored and nofollow, you’ll be able to do this too using: Rel=”nofollow sponsored”.

Will These Link Types Be Counted by Google?

Google also revealed in their article, that these new sponsored and ugc link attributes, along with nofollow, will be treated as “hints about which links to consider or exclude within Search.” When nofollow was originally introduced, Google would not consider this link at all.

When Do The Changes Come Into Force?

All the link attributes, sponsored, ugc and nofollow are now actively working as hints to Google. Tools such as Ahrefs are already supporting these attributes. And as for crawling and indexing, nofollow will become a hint as of the 1st of March 2020.

What Will This Update Mean for Link Builders?

But let’s get down to the nitty-gritty: what does Google’s link update mean for link builders? How will it affect them? Is it a positive or a negative?

Well, as always, many Webmasters and link builders have different opinions. Nobody can definitively say for sure “yes, these new attributes will make our lives easier” or “no, these attributes are going to negatively affect the way in which we can build high-quality links.” But people can sure debate it.

Below, we’ve rounded up a few opinions from industry experts, getting their insights into Google’s link update and seeing what they think. Then, we’ll let you know our opinions too.

What the Experts Think

Neil Patel, despite warning Webmasters from ‘spamming your links everywhere’ does recommend you “build as many links as possible, even if they are user-generated links” in light of this new update.

“As long as they are from relevant sites, the referral traffic can generate you sales or leads. And if Google starts placing some value on these user-generated links, it can help boost your rankings.” He also reinforces that “links will always be hard to come by, so they will be part of their algorithm for the foreseeable future.

And as the data shows, there is a strong correlation between links and rankings.”

Moz believes that “time will tell” in reference to seeing whether Webmasters will use the sponsored attribute to expose paid links.

They argue that “while there is no obvious compelling reason” to mark links as ugc or sponsored at this time, “this is a decision every SEO will have to make for themselves.” They reason that “it certainly shouldn’t hurt to make the change (as long as you mark paid links appropriately with “nofollow” or “sponsored”.) For example, the Moz Blog may someday change comment links below to rel=”ugc”, or more likely rel=”nofollow ugc”.”

Search Engine Land warns that the link attribution update “will result in more work” for SEO agencies, who “will now need to adapt your client recommendations on what link attributes you should apply to specific links, based on the criteria above. Plus, the toolset providers that measure links will need to adapt as well.”

One of the most positive takeaways of Google’s link update is that Google has openly announced that they’ll treat nofollow links as hints, rather than just disregarding them completely.

This has been speculated within the SEO industry for a while, but now that it’s been officially announced, it means that acquired nofollow links will become more valuable in campaigns and will also mean that those who nofollow all of their links (such as certain news publications) may see less of a reason for doing so.

So for technical SEOs and link builders, it’s a great step forward.

As for the new attributes, much like Moz contended, only time will tell before we realise whether ugc and sponsored will truly affect how links are registered in Search.

Google have outrightly announced that Webmasters need not make these changes if they don’t wish to, and in circumstances where links have been paid for, it seems likely that this may be the case.

But as Google’s algorithms continue to get more sophisticated and educated, will they start being able to recognise paid-for links more easily, and start (quite rightly) discrediting them?

We’ll have to wait and see… 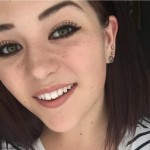 Google recently announced the rollout of yet another core update to their algorithm from July 1, 2021. The update, which will take around 1-2 weeks...

A Simple Guide to E-A-T and YMYL In SEO, E-A-T stands for Expertise, Authoritativeness and Trustworthiness. It is derived from Google’s Search Quality Rater Guidelines,...