For some time now, there has been a great deal of doubt surrounding the importance of Google PageRank with many regarding it dead. However, Google is in the midst of a PageRank update amongst its general core update. Now, why would Google waste their time with this if PageRank is no longer a key ranking factor?

Matt Cutts has been relatively vocal on Google’s stance on this. In a nutshell, he says that people shouldn’t get too hung up on PageRank, as there are over 200 different signals that Google uses in its ranking algorithm. Although he confirms that it is still one of the more important signals, it is still only one of over 200 signals.

Let’s look at an example After a bit of searching around, we stumbled across www.shoebuy.co.uk. It’s a PR 6 site and, as you can probably tell from the URL, they sell shoes. Needless to say, one of their biggest keywords is shoes, yet they are nowhere to be seen for this keyword (we searched the top 200, then got bored looking).

This is how Shoebuy.co.uk stacks up against the competition, currently holding the top 3 positions.

If PR is the be all and end all of SEO, as many people would have you believe, then surely Shoebuy UK would at least feature in the top 200? Apparently not.

We also spotted a link from the homepage of www.hotels.com (PR8) to www.shoebuy.co.uk, with the shoes anchor text. If this link alone does not allow them to rank in the top 200 for shoes, this surely raises the question of how valuable links from high PR sites are when SEOs invest so much time, money and effort into acquiring links of this quality.

Is it really a worthwhile investment?

There is no doubt that high authority backlinks are essential for a successful SEO campaign, yet it would seem that the days of achieving great rankings as a direct result of PR are over.

Google is sending out mixed messages as to the worth of PageRank. They’ve told us time and time again that PageRank has become a less significant ranking factor and that we should be concentrating on the other 200+ signals, yet they continue to perform PageRank updates every 3-4 months. Perhaps they just like to keep SEOs on their toes!

The debate will undoubtedly continue as to whether we should be fretting about PageRank, but all we can do is keep on listening to Google, employ the large number of SEO strategies we know that work and experiment to assess new potential strategies and the ongoing value of PR.

PageRank most certainly isn’t dead, but under no circumstances can you rely purely on PageRank for a successful SEO strategy.

To learn how we can help your website get ranking, check out our technical SEO services, or contact us directly. 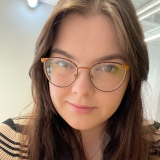 Janie is an SEO Manager at Tecmark having joined the team in 2022. Having worked in the industry since 2013 she has a wealth of experience in all things digital marketing including technical SEO, content and strategy creation.