Assisted Conversions – What Are They and Why Should You Care?

[Update – 9th November 2012] Google has made the attribution modelling tool available to all users. This enables much quicker and sophisticated analysis of assisted conversions data.

With the shiny new Google Analytics interface came several new features including real time Analytics and Assisted Conversions. While there’s no doubt the former is hugely important in assessing the immediate result of various activity (e.g. social or a TV ad), it was the latter that was of the most interest to us. Assisted conversions give us a whole new level of data and enable us to attribute sales or enquiries more accurately to the marketing channel or channels that generated them. This is particularly important in accurately measuring the success of SEO, Conversion Rate Optimisation, PPC, social media and a host of other digital marketing channels.

What Are Assisted Conversions?

Assisted conversions within Google Analytics enable you to gain further insight into the complete conversion path of visitors to your site. Let’s consider the following perfectly feasible scenario: This would have previously been attributed as a brand organic conversion because that was the last interaction the user had with your site before converting to a sale.

However, it’s fair to argue here that had that user not first found you via a generic, non-brand search for which you were appearing on the paid ads, he or she may never have converted. So while the ultimate conversion can be attributed to a brand organic visit, there has to be at least some indirect attribution to PPC as well.

The same can happen in a multitude of different ways. For example:

All of those are common scenarios.

In the image below taken from the Analytics account for 8Ball Tshirts (used with consent – numbers removed to protect client confidentiality) you can see the channels that have assisted in goal conversions.

The data available here is: Within Google Analytics, it is possible to delve even further into the ‘multi channel funnels’ section than just the high level view above. One particularly useful feature is Top Conversion Paths, which allows you to see the most common user paths from visit to sale/goal.

For example, from 8Ball’s Analytics, we can see again that there were 1,479 different multi visit paths that led to a conversion over the dates we’re analysing and that the most common of these was someone visiting first through organic and then making another visit through organic before making a purchase. This was closely followed by users visiting through organic first and then returning directly to the site later to make a purchase.

Another excellent bit of data is presented in Google’s ‘path length’ section, where you can see how many touch points are most common for users before making a purchase/converting. Again, we’ve removed actual figures in order to protect the confidentiality of 8Ball. But what we can clearly see is that fewer than half of 8Ball’s conversions occur on the first user visit (47.94% to be specific). The rest are accounted for by people visiting more than one – in a handful of cases by people who visit 12 or more times before committing to buy With the above data on path length in mind, it might come as a surprise that many of these multi touch point buyers actually make their many different channel visits in the same day.

Time lag tells us how much time passes (within the 30 day period than an assisted conversion path is tracked) between the first touch point and the sale.

Within Google Analytics, there are some limitations (albeit minor ones) to this data:

Why Should You Care About Assisted Conversions?

Conversion attribution has always been challenging. If you only ever look as far as ‘last click attribution’ (i.e. you consider the last means by which someone arrived at your site to be the single reason they converted) you risk cutting off marketing channels you deem ineffective and then finding this has a knock on negative impact on your enquiries or sales from other channels.

Assisted conversions give you a fuller picture and enable you to see what’s actually driving sales and how users find you. The data makes it clear that, as we already knew, users shop around, and simply attributing a sale to the last visitor touch point is too narrow a focus and too simplistic a view in measuring the true value of your various digital marketing channels.

We know the importance of Google Analytics to businesses and their marketing success. Without proper implementation and knowledge of advanced features such as assisted conversions, you could be missing out on invaluable customer insights or reporting skewed data sets. 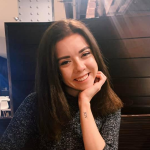 How to Boost SEO Efforts with FAQ Schema

Google’s MUM Update And Everything You Need To Know

6 Reasons Why You Should Avoid Cheap SEO Packages

Image Link Building: How to Build Links with Images

How to Boost SEO Efforts with FAQ Schema

Schema markup was first introduced in 2011 as a way for search engines to understand what a page is about. Schema markup is a form...

Google’s MUM Update And Everything You Need To Know

Hey Google, hey Alexa, hey Siri… It’s probably safe to assume that all of us have relied on AI technology at some point in our...